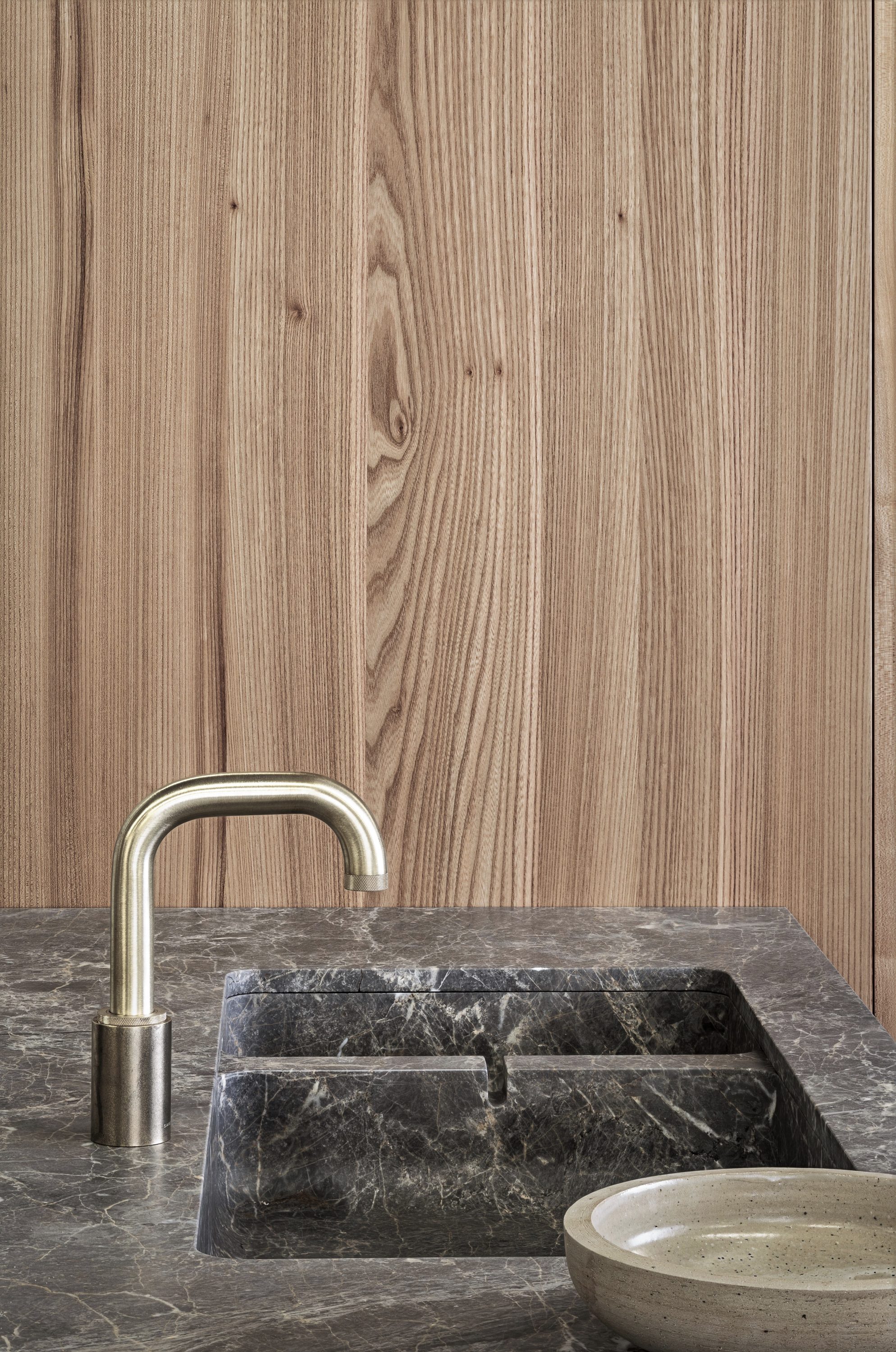 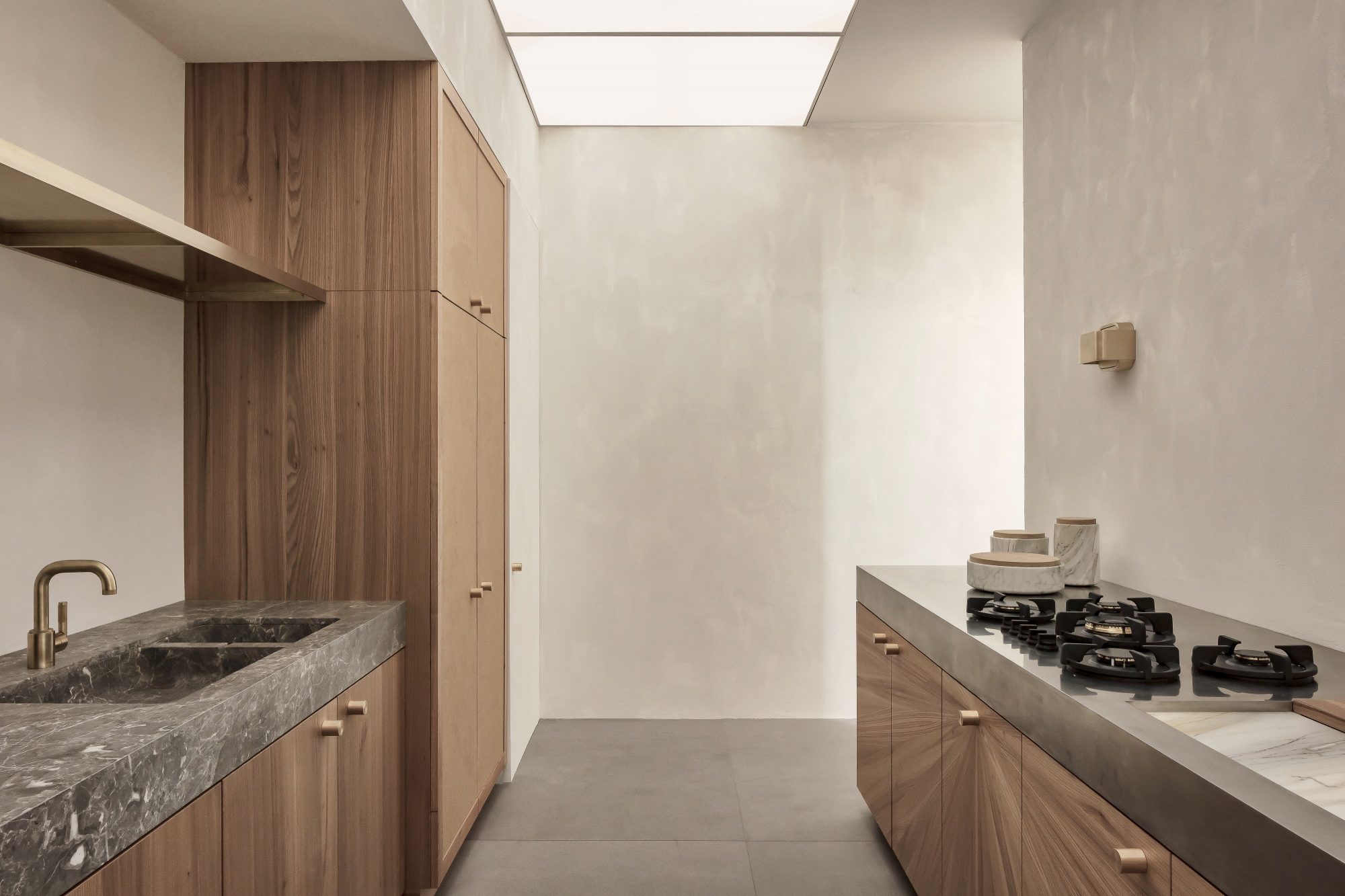 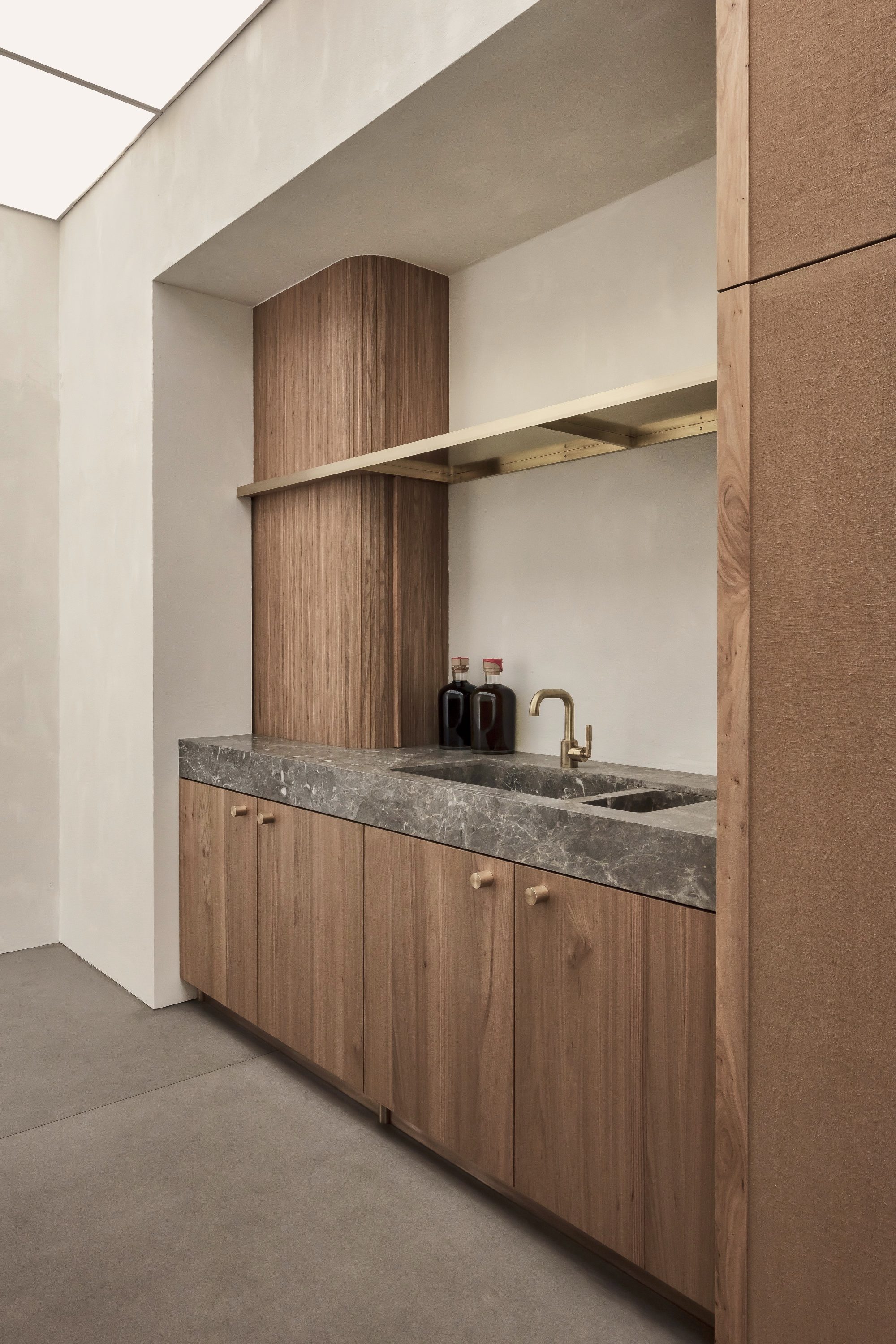 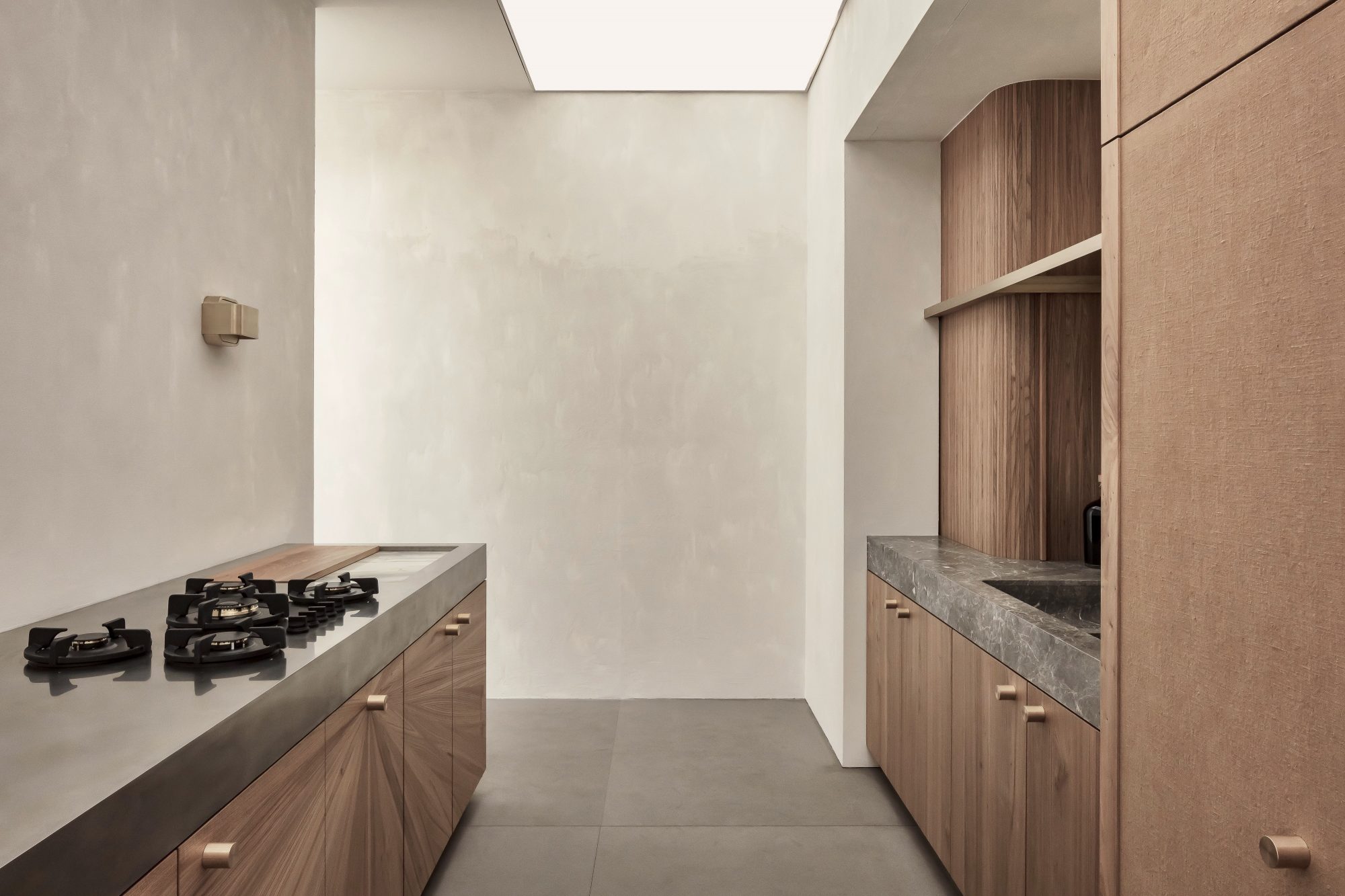 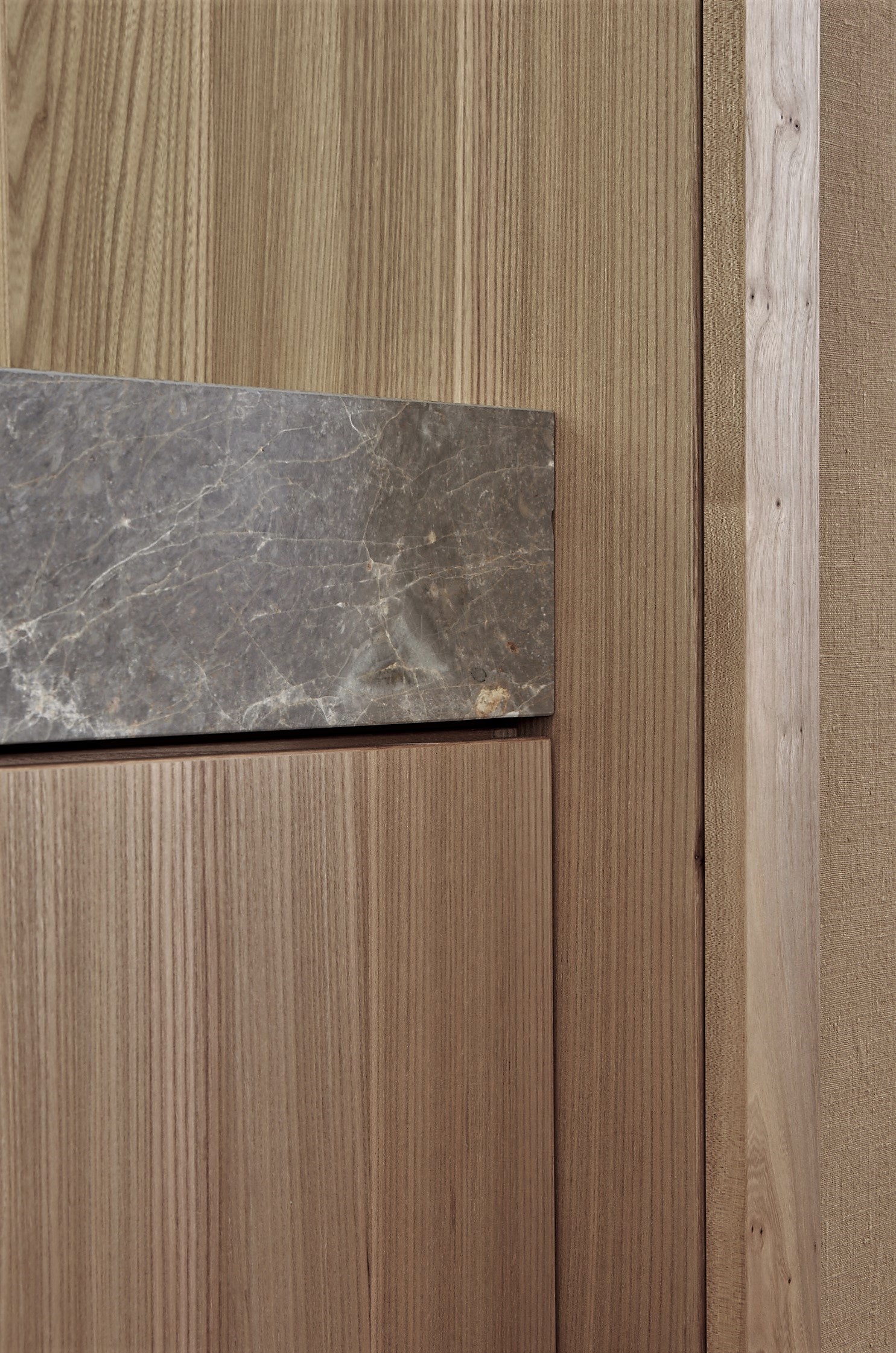 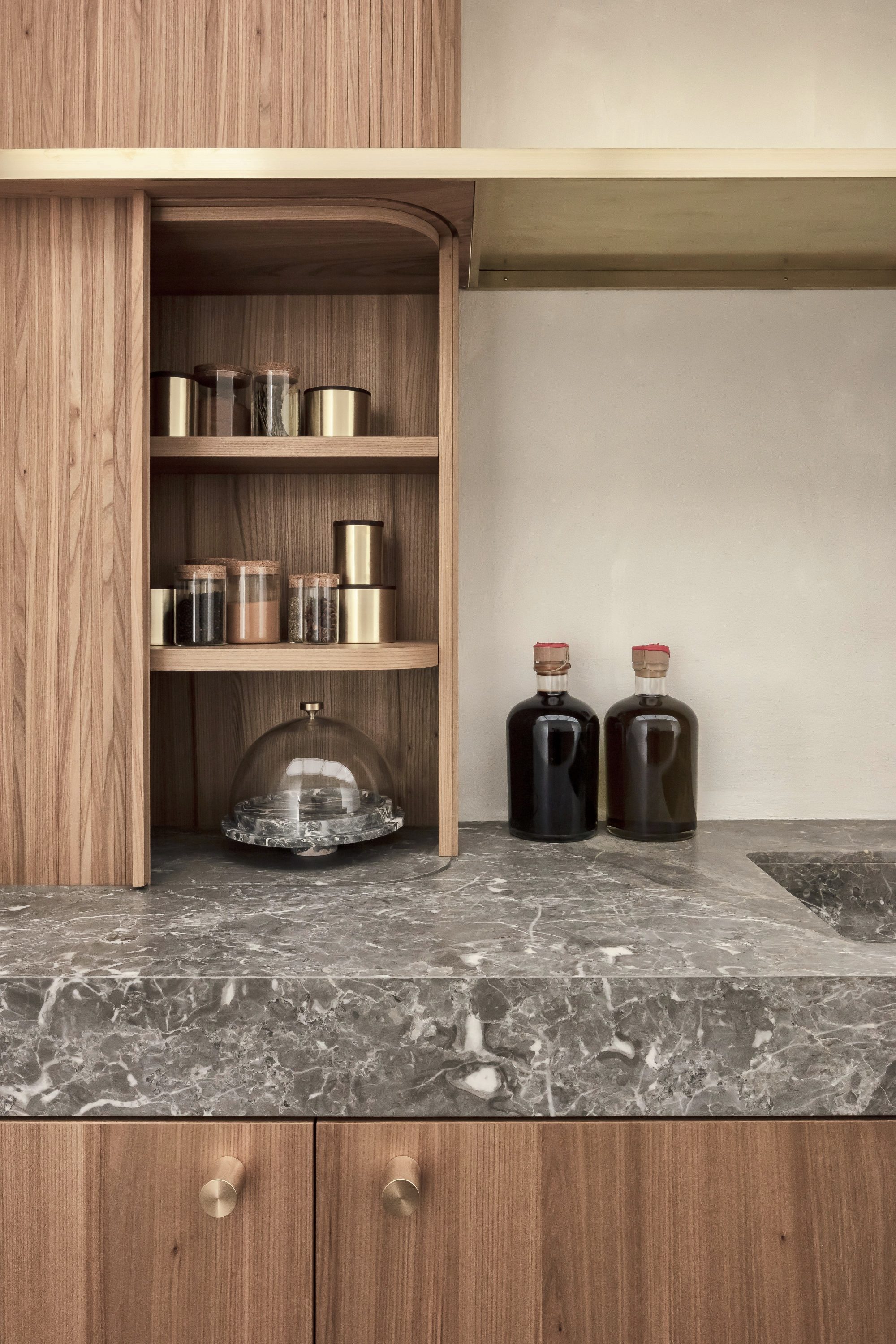 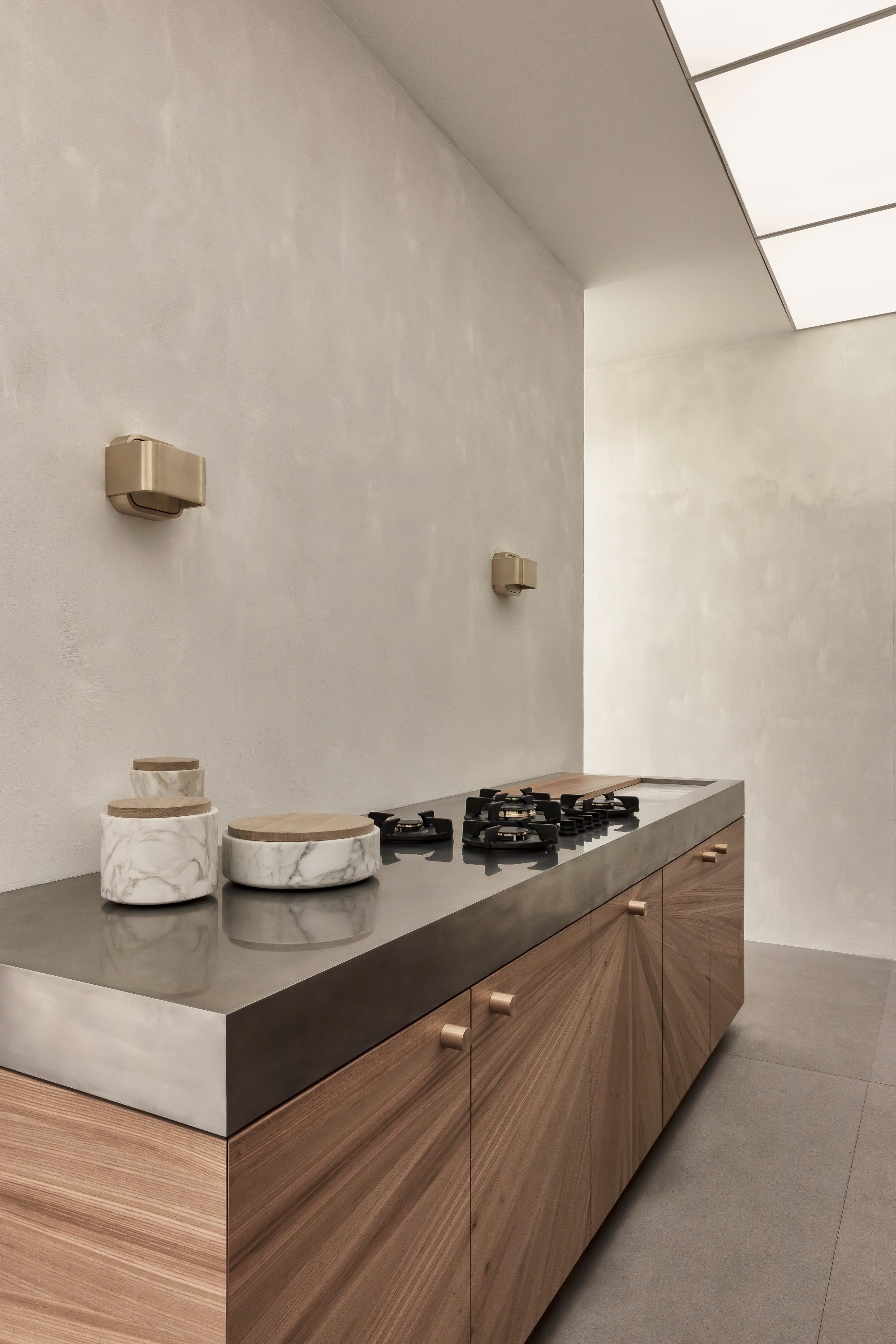 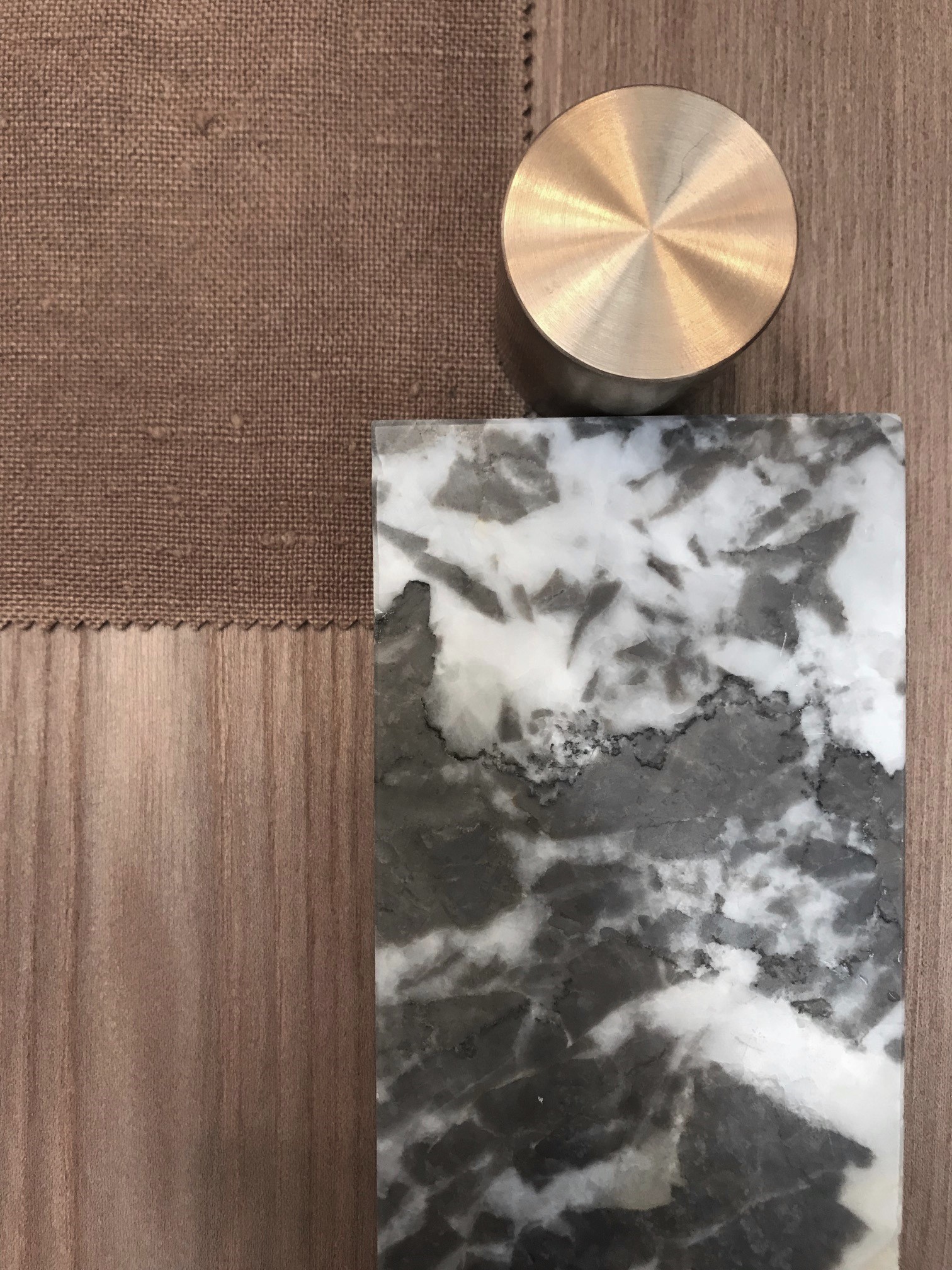 At Interieur Kortrijk, a trio hailing from the eastern Belgian province presented their very first collaboration: a kitchen that, despite the grandeur of its conceptual origins, is reassuringly utilitarian. Interior builder Koen Roux, designer Michaël Verheyden and architect Bart America looked to the highly functional yet rudimentary service kitchen of Neuschwanstein Castle in order to create a model that’s simply built to last and function. Neuschwanstein Castle, now a popular Bavarian tourist destination, was completed in the late 19th century. The brainchild of the extravagant recluse King Ludwig II, it’s Romanesque and ornate, but its kitchen, only meant for the use of its servants, was not designed to please aesthetically. It was exactly this contrast which attracted the creators. ‘Most luxury kitchens are too sophisticated and sleek’, Verheyden explains. ‘We wanted to react against that.’ The trio’s kitchen is luxurious as well, though not in the sense to which we have become accustomed. ‘I realise that times have changed’, admits Verheyden, ‘and a lot of people no longer cook at home. But some people still enjoy it. Those are the people we created this robust kitchen for.’ Roux, a fourth-generation furniture-making company, lent its craftsmanship and expertise to this unique project, without reverting to a design that’s overly romantic, traditional or old-fashioned. Just like King Ludwig II’s service kitchen, the design is a poignant example of the ‘form follows function’ principle, where logic and convenience rule. The kitchen’s materials were chosen based on functionality, and local availability – as was the case with the castle kitchens, which helps to retain a simplicity of manufacture. Elm wood cabinets are topped with hygienic stainless steel a hard natural stone is used for the sink. The Neuschwanstein kitchen paved the way, says America. ‘Proven methods do not always need to be reinterpreted, and patina and quality can go hand in hand perfectly.’